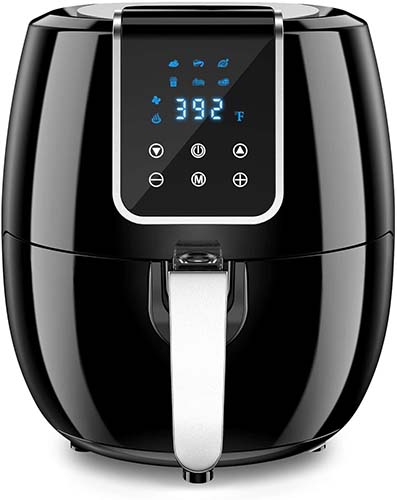 Well, that really depends on what you want. The Iconites air fryer has certainly made a name for itself on the market ladder, but is it right for you? Let’s take a closer look at what it has to offer, how that measures up to the general functionality of other air fryers, and whether that shakes out to something that is worthy of a spot on your shelf.

What Should You Expect?

Before we get into the particulars of what this model from Iconites has to offer, let’s first take a step back to think about what you should look for in an air fryer in the first place.

One of the best things about air fryers is that they tend to be among the most energy-efficient cookers. Air fryers typically take between 800 to 1500 watts, though some require more than that. This should be enough to give you several hours’ worth of cooking at a stretch, and many models allow for easy plug-and-use operation as well.

In addition, air fryers on the smaller size often offer around 1 to 2 liters, while larger ones offer between 3 to 6, with the biggest boasting even bigger sizes than that. How big of an air fryer you want will depend on how many people you are cooking for as well as whether you care more about cooking capacity or portability. Naturally, the larger the unit, the more space you’ll have, but the less portable the unit will be.

One of the biggest upsides of looking into air fryers is the fact that they are able to heat the air to fry things, eschewing much of the messy oily splatter that comes with traditional fat fryers.

You’ll also want to give the temperature offered by the air fryers a look, with 400 degrees Fahrenheit being a good benchmark figure.

Finally, you’ll want to make sure that the unit you are considering is safe to use. The last thing you want to do is accidentally burn yourself, so you’ll want to look for hand grips and cool to the touch technology to ensure maximum safety at all times.

With that in mind, we’re now ready to see how the Iconites air fryer measures up to those standards. Some of the most notable products offered by this model include:

Here you can check a great overview video done by Reviews And Random:

One of the first things you’ll notice about this model is that it is on the larger side. We’ll cover this a bit more in detail below, but for now, suffice it to say that this offers more space to cook but also makes this model a bit less portable.

You’ll also notice that this model meets the wattage recommendations mentioned above. You shouldn’t have to worry about this model being too weak to actually cook things through, which can happen with other, smaller, weaker models. On the flip side, this model falls just short of that 400-degree benchmark, though it does come very close.

The control panel offered by this model is easy to use, as is the timer.

Among the best features offered by this model are:

Some potential cons you’ll want to be aware of in the Iconites air fryer are:

As noted above, the big basket offered by this model is likewise one of the biggest pros. Far too often, air fryers make the mistake of trying to be portable without first being a good cooker. When you cook something, you typically want enough capacity to actually be able to prepare a full meal for a few people. At seven quarts, this model offers enough room to cook meals for family and friends.

The fact that the handle included in this model is cool to the touch is also, well, “a nice touch.” It ensures that you don’t accidentally burn yourself. This, along with the ETL certification and the model being PFOA and BPA-free, help distinguish this as a safe air fryer.

What’s more, the fact that this model is dishwasher safe and, thus, easy to clean is incredibly welcome. Anyone who has had to scrape dried oil off of a fryer knows how difficult and tedious cleanup can be with traditional models. As mentioned, one of the best features offered by this and other air fryers is the fact that they use 360-degree air circulation and heating to cook things without all that splatter and mess. The absence of oil also makes cooking this way more heart-smart. Add to that the fact that this machine can be washed via your dishwasher rather than by hand, and it goes to show just how convenient this air fryer from Iconites can be.

It’s a bit harsh to count the temperature range offered by this model as a con. After all, it does get up to 392 degrees, which is only a few degrees below that aforementioned 400-degree benchmark. At the same time, it is fair to say that there are also plenty of air fryers out there that are far weaker.

A bit of a more serious con is the fact this model has a bulkier nature. At nearly 14 lbs, it is hardly a heavyweight kitchen item, but it is still heavier than other air fryers. That compared with the aforementioned bigger basket and overall larger size means it’s a bit harder to take this air fryer on the road with you compared to other models.

There is a lot to like about this model from Iconites, not the least of which being that it’s on the big side. Let’s be honest – sometimes air fryers are on the small side as far as kitchen cookers go. To be fair, that’s often by design, since air fryers are often meant to be portable.

By contrast, with seven quarts of capacity, this model can fit plenty of meat, veggies, and any number of other things you might wish to fry up. It is admittedly a bit less portable as a result, but there are far bulkier models on the market. The extra heft is more than a fair tradeoff for the added capacity.

In the end, as long as you don’t mind the added size, this model from Iconites offers good all-around performance with a spacious basket and safe design, making it a more than welcome addition for all manner of air fryer enthusiasts. 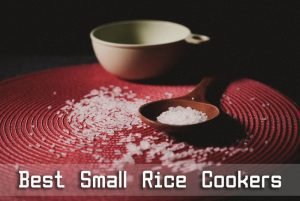 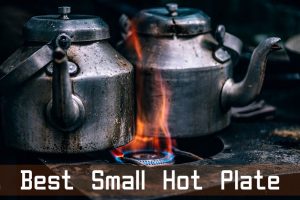 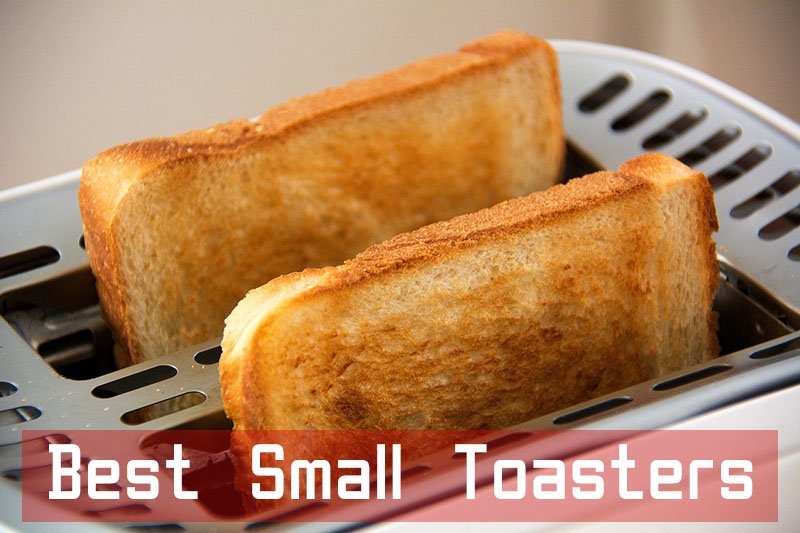